Added 2 weeks ago by rejimodiyil
11 Views
Joseph Smith, founder of The Church of Jesus Christ of Latter-day Saints, was a Freemason. Freemasonry is a centuries-old, worldwide group of fraternal organizations. While some of its teachings are kept confidential, it promotes loyalty and morality and invites its members to seek knowledge and opportunities to serve others.

The early 19th century saw a surge of Freemasonry in the United States. Elected officials such as George Washington, Benjamin Franklin, and other signers of the Declaration of Independence were known Freemasons. As many as 1,500 members of the Church in Nauvoo, Illinois, were also listed as Masons.

In the years before he became a Mason, Joseph Smith received revelations about specific promises, or covenants, to be made between Church members and God. These covenants are presented to Church members in their holy temples through a ceremony known as the endowment.

The Freemason ceremonies promote self-improvement, brotherhood, and charity as a means to create a better society. The endowment ceremony focuses on obeying God’s laws and using the Atonement of Jesus Christ to gain eternal exaltation. The most important distinction is that the endowment ceremony is purely the result of divine inspiration.

Today members of the Church are free to explore Freemasonry or any other organization which encourages good citizenship and uplifts and improves its members.

Subscribe to The Church of Jesus Christ of Latter-day Saints for the latest videos: http://bit.ly/1M0iPwY

The Church of Jesus Christ of Latter-day Saints 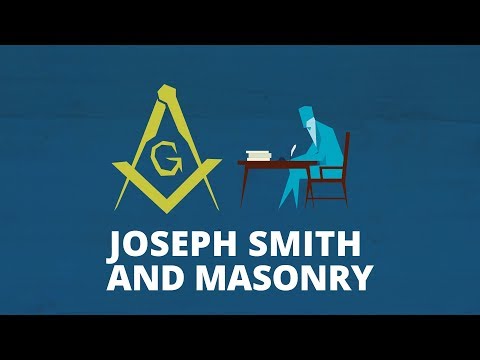 Joseph Smith, founder of The Church of Jesus Christ of Latter-day Saints, was a Freemason. Freemasonry is a centuries-old, worldwide group of fraterna...