Where Did the Book of Mormon Come From? | Now You Know

Added 7 months ago by rejimodiyil
36 Views
The Book of Mormon teaches about God and Jesus Christ. It was written in an ancient language on gold plates by prophets in ancient America. Later, Joseph Smith translated the Book of Mormon into English through the gift and power of God.

God called Joseph Smith to be a prophet and help restore the Church of Jesus Christ on the earth. An angel directed Joseph to find ancient spiritual and historical writings that had been buried for over 1,000 years. They were written on gold plates by prophets in ancient America and passed down from generation to generation, then buried until the time was right for Joseph to find them.

Special tools were buried alongside the gold plates, which helped Joseph translate the writings into English. He often used either “interpreters”—two stones set in a metal rim, resembling eyeglasses—or a seer stone to help him in the translation process.

Several people served as scribe for Joseph as he translated, including his wife, Emma; a family friend, Martin Harris; and a schoolteacher, Oliver Cowdery. Upon completion, the translated document became known as the Book of Mormon. All those involved in the translation of the Book of Mormon believed it was a miracle and testified of its divinity for the rest of their lives. The Book of Mormon is now published in over 100 languages and teaches about God, Jesus Christ, and Their love for all people.

Where Did the Book of Mormon Come From? | Now You Know 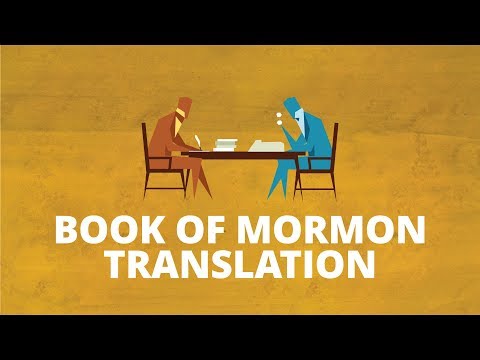 The Book of Mormon teaches about God and Jesus Christ. It was written in an ancient language on gold plates by prophets in ancient America. Later, Jos...